With the winter months limiting outdoor opportunities for fun family activities, the City of West Carrollton Parks & Recreation Department and the Miami Valley Communications Council (MVCC) teamed up on Tuesday, February 23, 2022, to design a brand-new program aimed at teaching television. The event, called Lights! Camera! Action!, was an instant success, with West Carrollton residents filling all of the registration spaces for this debut.

Lights! Camera! Action! offered a behind-the-scenes tour of the MVCC television studio, along with the chance to run a camera, try out a virtual set and green screen room, and learn about how MVCC provides all this equipment to residents (for free) to produce non-commercial programming.

“We were so excited MVCC reached out to help provide a new program opportunity for our residents,” said West Carrollton Director of Parks and Recreation Christian Mattingly.

MVCC Community Coordinator Liberty Lord, who developed and presented this unique program, said the hands-on nature of the event really energized the participants, who ranged from elementary-age kids to parents. “Everyone had the chance to direct a television show, interview on the set, and run audio. They were actually making TV and they didn’t want to stop! By the end, you could see were inspired by the things they could do.”

MVCC’s Lights! Camera! Action! was the first program created specifically for cities to offer its residents an accessible and affordable look at how television shows are made. Parks departments interested in offering a similar class can contact Liberty Lord at llord@mvcc.net. 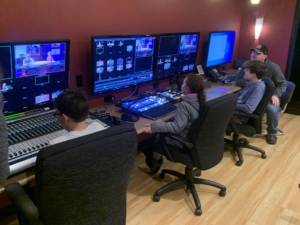 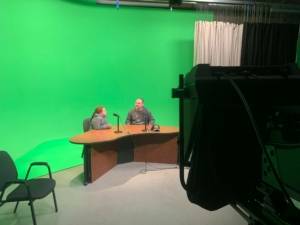